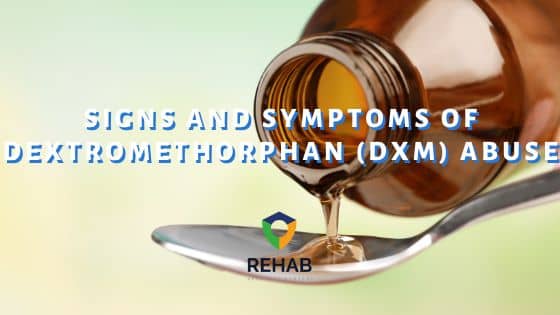 Dextromethorphan (DXM) is a cough suppressant medication that has been sold in pharmacies for many years. However, DXM abuse once caused companies to put the medication in bad-tasting liquids to reduce the number of individuals drinking large amounts of the substance. Over time, the bad-tasting products caused reduced sales, which made companies reintroduce better-tasting medications.

Currently, DXM is available in a large number of over-the-counter cough medications like Robitussin or Nyquil. People use medications that contain dextromethorphan to treat coughs that stem from illnesses like bronchitis or influenza. While DXM helps treat this cough, overusing the medication could lead to dependency and addiction.

How Does Dextromethorphan (DXM) Work?

Despite its propensity for abuse, DXM is not a controlled substance. This is what allows pharmacies to sell the substance over the counter.

While it is not classified as an opiate drug, it is produced from a derivative of morphine. This means that it works by inhibiting the release of neurotransmitter N-methyl-D-aspartate. Opioid drugs like morphine work differently, which is why DXM is not considered an opioid drug.

When the drug is used for medicinal purposes and at the recommended dosage, it produces the following side effects:

When DXM is abused, it can cause serious side effects dependent on the dosage and frequency of use.

When DXM is taken for medicinal purposes, the dosage ranges from 15 to 30mg every four hours. Using the medication at this dosage does not produce any psychoactive effects and is effective in treating the symptoms of a cough. However, people who abuse this drug take it in much higher quantities than recommended, causing psychoactive effects.

Dextromethorphan can cause psychoactive effects so it is possible to become addicted to the drug. Oftentimes, the people who abuse DXM are adolescents and teenagers, because it is easy to obtain over-the-counter. The abuse of this substance leads to effects similar to dissociative hallucinogenic drugs, which include ketamine and phencyclidine (PCP). Because the effects are similar, chronic abuse of DXM can lead to the same long-term dangers as the abuse of PCP and ketamine.

The effects of DXM depend on the dosage. According to the DEA, there are 4 plateaus of DXM abuse, each having different effects on the user.

The 4 levels of DXM abuse include:[1]

How to Tell if Someone is Abusing DXM

People often abuse DXM alongside alcohol. This can cause an array of dangerous effects, however, many people are unaware of the risks they face. Individuals may also mix DXM with marijuana, pain medications, or benzodiazepines.

If someone is abusing DXM, they may exhibit some of the signs of a substance use disorder. According to the DSM-V, some of those criteria include:[2]

While under the influence, people may display the symptoms of DXM intoxication, including stimulation, euphoria, visual hallucinations, unconsciousness, visual distortions, and an altered perception of reality. They may also have several bottles of cough medicine laying around in their bedroom, car, or bathroom.

What are the Dangers of Dextromethorphan Abuse?

High doses of DXM are associated with impulsive behavior, poor judgment, and risk-taking that increases one’s chance of being involved in dangerous situations. This could include drinking DXM while driving or car and getting into a vehicular accident.

People who abuse this drug are at an increased risk of developing health conditions and physical health emergencies. According to the National Institute on Drug Abuse, long-term DXM abuse may lead to [3]

In addition to the above-mentioned dangers of DXM abuse, individuals could experience a life-threatening overdose if they take large amounts of the drug. The symptoms of a DXM overdose may include:

Emergency medical services must be contacted immediately if someone is experiencing the symptoms of a dextromethorphan overdose. The symptoms of overdose such as difficulty breathing, seizures, and coma could result in an individual’s death without proper medical intervention.

If you or a loved one suffer from DXM abuse, it’s time to seek professional help. Abusing this drug in large quantities can result in a life-threatening overdose. This makes it imperative for individuals to attend a professional addiction treatment program.

Thankfully, Rehab Recovery Centers can connect you with a top-rated addiction treatment program to help you overcome the effects of substance abuse and addiction. Contact us today to find a drug and alcohol rehab near you.