Does Kratom Show Up on a Drug Test? by Rehab Recovery Centers

Home » Rehab Recovery Centers Blog » Does Kratom Show Up on a Drug Test? 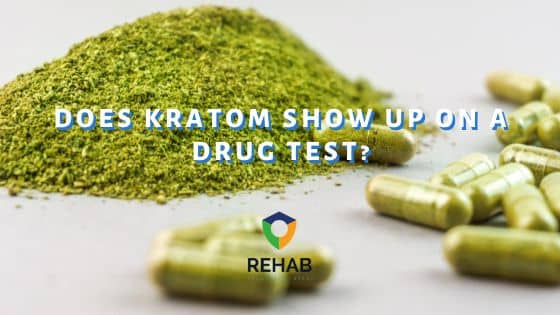 If a person uses drugs or alcohol for a prolonged period, they risk developing an addiction that may require treatment. There are many reasons someone may begin to use drugs. They may use substances to self-medicate physical or emotional pain. They may want to fit in with a particular group of people. Or, curiosity about new or different substances may be intriguing.

While many factors can raise the likelihood of someone developing an addiction to drugs or alcohol, anyone who uses drugs may develop tolerance and dependence on it.

But some substances are not like drugs you may be familiar with, despite causing similar effects. Kratom is one of these substances. Kratom is a relatively new drug that people use for its desirable effects. While Kratom is not an illicit drug, you may want to know if Kratom shows up on a drug test.

Abusing substances–even legal ones–can cause serious negative consequences to your mental and physical health. If you or a loved one use drugs or alcohol and cannot stop on your own, please reach out to the specialists at Rehab Recovery Centers for help finding treatment today.

There are three colors of Kratom leaves, and each is believed to have different effects. Green Kratom leaves are thought to give users a mild energy boost for eight or more hours. Red leaves can be stimulating or sedating. White leaves have a highly stimulating effect that can last for several hours.

Currently, Kratom is legal. However, there are inadequate long-term studies about its safety, and some states and agencies have pushed to make Kratom illegal. In 2016, the DEA attempted to change Kratom to a Schedule 1 substance because it has no known medical purposes and carries a high risk of abuse. Later, the agency reversed its decision, making it legal for purchase across the country.[1,2]

The Effects of Kratom on Your System

Kratom can be stimulating or sedating, depending partly on how a person ingests the drug and how much they take.

Measuring Kratom in your system can be challenging. Many factors affect how much of the substance remains in the bloodstream and how long the drug stays in the body. For instance, ingesting Kratom orally, either by drinking tea brewed from Kratom leaves or taking a pill containing powdered leaves, can cause Kratom levels to stay higher for longer.

The half-life of Kratom is generally between 24-40 hours, and the drug may remain in the body for six to nine days.

Does Kratom Show Up on a Drug Test?

Although Kratom is currently a legal substance, some people may want to know if Kratom shows up on a drug test. Most employers use a 5-panel drug test. This type of test can detect:

Factors That Can Affect Kratom and Drug Testing

A drug screening may be able to detect Kratom in your system, depending on how much of the substance remains in your body after your last use. Several factors affect the length of time Kratom may be detected on a drug panel. These include:

A drug screening test may be able to detect Kratom in your system for up to a week after your last use, regardless of other factors. If you use Kratom or other substances and want to stop, seek substance abuse treatment immediately.

If you or someone you love requires addiction treatment, reach out to the specialists at Rehab Recovery Centers today.