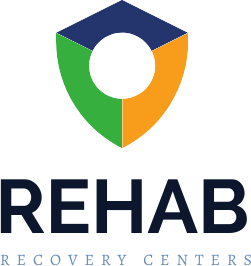 Find Rehab / Recovery Center information by your city/state. Starting the journey to getting help can seem daunting, but we provide information to make the process easier for you or a loved one looking for help.

Get Started on Your Recovery Today!

After alcohol, marijuana is one of the most commonly abused substances in the United States. Until the last 20 years, marijuana was an illicit substance across America. However, with more and more states recognizing the drug for its medicinal properties, we are quickly seeing the decriminalization and legalization of marijuana throughout the country. Despite the changing status of the drug as well as popular belief, people can get addicted to marijuana. Although considered less deadly than other substance use disorders, marijuana addiction can be troublesome and require professional help.

Marijuana, also known as weed, pot, or cannabis, comes from the cannabis plant. When the plant is dried out and smoked or consumed in the form of edibles, it produces a euphoric high. Although it is is virtually impossible to overdose on marijuana, some people may experience adverse side effects, compulsive use, physical dependence, and even addiction. In the most severe scenarios, marijuana addiction requires a comprehensive addiction treatment program consisting of detox, inpatient rehab, and outpatient treatment.

Tetrahydrocannabinol (THC) is the psychoactive ingredient in marijuana that alters user’s perceptions. When smoked, the effects of cannabis set in within minutes and may last for up to an hour. However, when consumed in the form of edibles, the effects may not kick in for two hours but will last for several hours.

If someone is under the influence of marijuana, you may notice the following signs and symptoms:

Even though marijuana overdose is highly unlikely, cannabis-related hospitalizations are a fairly commonplace event. This is because marijuana abuse can lead to risky behaviors, driving under the influence, illegal activities, accidents, and even health effects such as neurological or cardiovascular disorders.

Although recreational marijuana use is fine for some people, others are more susceptible to addiction and may not be able to control their cannabis consumption. For example, people who began using cannabis before the age of 18 are far more likely to battle with addiction later in life than other adults. Less than 30% of people who use cannabis have a marijuana use disorder, but those who do may experience severe signs and symptoms that interfere with their daily lives.

Before marijuana addiction develops, people usually develop a tolerance and physical dependence. As a result, not only does a person have to use more cannabis to get high, but they experience withdrawal symptoms when not using the drug. Although marijuana dependence and withdrawal symptoms are usually mild, they are one of the first signs that someone is addicted to marijuana.

Other signs and symptoms associated with marijuana addiction include:

Since marijuana is seen as a socially acceptable substance, it is one of the hardest drugs to quit. In fact, many people who suffer from marijuana use disorder don’t even realize they have a problem until the consequences get out of control or they are forced to stop using. People who have been addicted to and have abused marijuana for an extended period of time may require professional addiction treatment.

Detox and Treatment for Marijuana Dependence

Since people can become physically dependent on marijuana, some people will experience withdrawal symptoms when they stop using it. These symptoms tend to peak after the first week without cannabis and can last up to two weeks. Marijuana withdrawal is similar to nicotine withdrawal as it causes the following symptoms:

Since these symptoms are relatively mild and can be managed with over-the-counter medications and a healthy lifestyle, most people seeking marijuana addiction treatment don’t require inpatient detox services. Instead, they can begin treatment right away.

Depending on the person’s individual needs, patients may attend inpatient or outpatient rehab. During rehab, patients will participate in an array of behavioral and holistic therapies to help them get sober. Rather than just treating the symptoms of addiction, evidence-based treatment programs focus on uncovering the root causes of addiction so that people can heal entirely. Although each marijuana treatment program is different, you can expect the following during rehab:

After treatment, patients may choose to continue participating in a recovery support group, alumni program, or even live at a sober home. Whatever the case may be, it’s important to find an individualized marijuana treatment program that meets your specific needs.

Get Help With Marijuana Addiction Today

The stigma surrounding marijuana stops many people from seeking help. However, marijuana addiction is real, and leaving it untreated is dangerous. Instead, it’s important to find a community of people that understand what you’re going through and can offer you the tools needed to get sober and stay sober.

If you or a loved one is abusing marijuana and simply can’t stop, know that you’re not alone. Nearly 4 million people struggle with a marijuana use disorder. At the same time, know that recovery is completely possible. At Rehab Recovery Centers, we are dedicated to connecting you with the most trusted and experienced addiction professionals in your city. So, what are you waiting for? Contact us to get started on the road to recovery today.